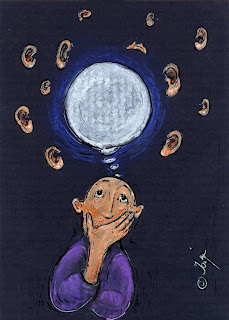 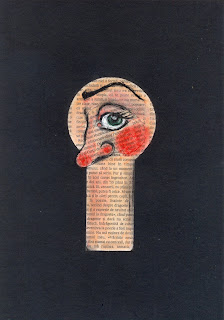 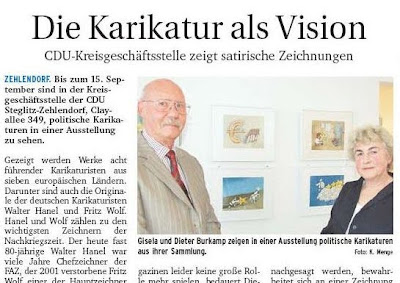 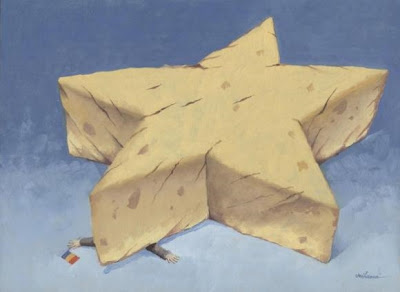 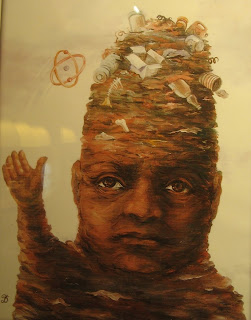 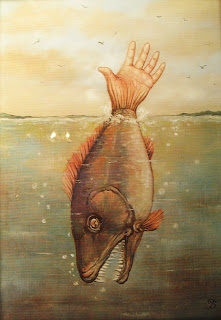 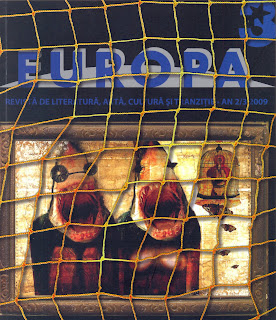 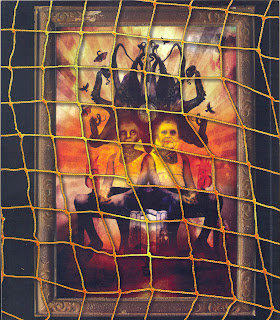 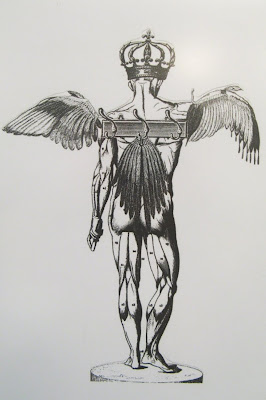 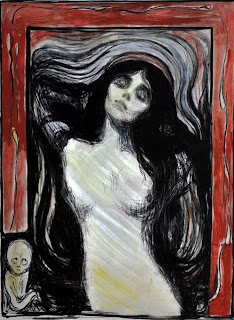 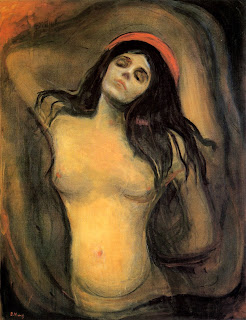 Theme: PASSION for HUNTING and FISHING 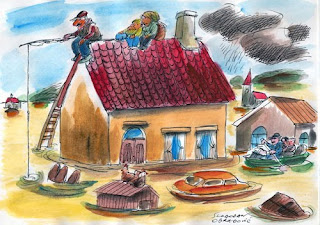 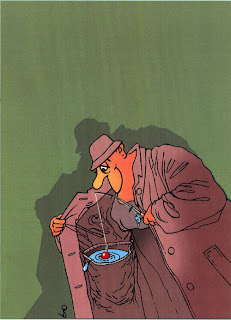 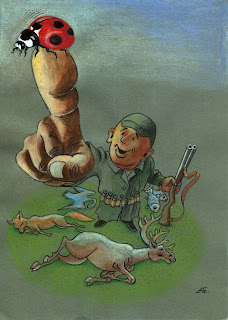 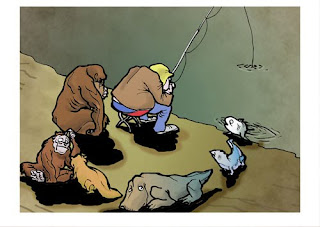 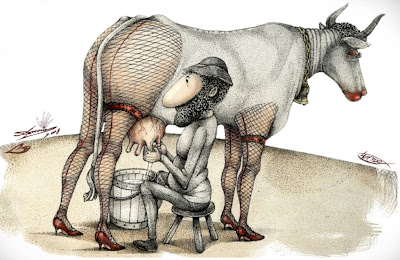 1. Any artist (professional or not) from around the world can participate, as long as he or she is over 18 years of age.

2. Submissions must be completely original and unedited. They must not be participating in a similar contest or event simultaneously.

3. The question to develop is:
If you came from another planet, what would you ask Humanity?

The contest attempts to discover what you would answer to this question with a caricature/cartoon, you can add short texts to the artwork and they must be written in Spanish or English. You must represent the question very clear, either by implying within the artwork or as the title thereof.

*The organization is within rights to cancel submissions that prove offensive.

4. Contestants can submit up to 3 works (authors who submit more than 3 will be disqualified).

5. Any technique is accepted (digital or hand made, color or black and white).

7. Contestants will add a document where the following will be specified:

8. Contestants will sign a certificate, which will be sent in a sealed envelope, or in case of being sent by email, signature must be scanned.
...
9. Works and envelopes with author data will be sent to the following address:
2nd International Caricature/Cartoon Contest
Reforma 222, Piso 12
Col. Juarez
Delegacion Cuauhtemoc
C.P. 06600 Mexico D.F.
Email submissions at:
mar_interactiva@yahoo.com.mx and mar@marideas.com forwarded to contacto@ciudaddelasideas.com

10. Selected works will be shown in the city of Puebla, Mexico on November 11, 12 and 13 2010, and will be posted on the blog created towards this goal: http://cartonist-ciudaddelasideas.blogspot.com/ and at the official La Ciudad de las Ideas webpage http://www.ciudaddelasideas.com/.

11. Contest is valid from May 17th till September 10th, 2010. Works submitted by email must be within these dates in their registry.

13. The jury will be selected by Poder Cívico and will be qualified to solve any situation related with the contest that doesn’t meet the requirements. The award will be declared null if the jury decides that none of the works submitted meet quality standards, which will be unappealable. Jury members will be kept secret until results are published.

14. Submissions that do not win will be able to get picked up at the Poder Cívico offices three months after results are published, works that are not picked up will be made available by Martha Barragán Méndez for any return that could be required after the date established by Poder Cívico.

Two Honorable Mentions: Each will be awarded a diploma that will be sent a few days after the festival.

Note: Awards will not be able to be made in cash, nor be transferable to anyone else.
Publicat de Salt & Pepper Magazine la 07:11

The FERNANDO BUESA BLANCO FUNDAZIOA FOUNDATION announces the first VIGNETTES FOR HUMAN RIGHTS competition which will have an international and biannual character.
The sketchers will send in a maximum of three graphic works, each one comprising a strip composed of between one and three vignettes, which must necessarily be linked to any one of the thirty articles of the Universal Declaration of Human Rights.
1. CONTESTANTS
Anyone who wishes to may enter regardless of age. Each contestant will submit a maximum of three graphic works to the Vignettes for Human Rights contest by the FERNANDO BUESA BLANCO FUNDAZIOA FOUNDATION.
2. CONTENTS
Special value will be placed on the constructive, positive and critical sense of the graphics works entered.
3. MODALITY AND FORMATS
Scenes and personages depicted must be of the entrant’s own creation and be previously unpublished. Work must be carried out in black and white or in colour. The graphics work must not exceed a single page in length, which must itself not exceed 800 x 600 pixels, with a minimum resolution of 72 pixels an inch.
4. LANGUAGES
Apart from Spanish and Basque languages, graphic works are admissible without words, by artists from any other geographical or linguistic areas where the aforementioned languages are not spoken.
5. PRESENTATION
Contestants must send in an e-mail supplying their names, surnames, address, date of birth, National ID number, and a contact telephone number.
This e-mail must contain an attachment with the graphics work file in JPG format.
6. PRESENTATION DEADLINES
All Works, together with the author’s personal information, must be sent before December 31st 2010, via email to: fbuesadh@yahoo.es
7. EXHIBITION
The FERNANDO BUESA BLANCO FUNDAZIOA FOUNDATION will disseminate the presented works publically. Exhibitions of the works, either virtual or real, will not accrue pecuniary rights for the authors of the said works.
8. PRIZES
Awarding of the prizes for Vignettes on Human Rights will amount to 5,000 Euros broken down as follows: 1st Prize: 1,500 Euros. 2nd Prize: 1,200 Euros. 3rd Prize: 1,000 Euros. 4th Prize: 800 Euros. 5th Prize: 500 Euros.
9. THE JURY
A qualified jury will choose the best works. Prize giving will take place in March 2011.
10. ENTRY LEVELS RECEIVED
Where there is an entry level figure of less than 80 works, then a single prize will be awarded, to the value of 2,000 Euros, for the best work received.
11. OTHER
Participation in the event implies acceptance of the present rules, as well as the dissemination in whole or in part of any presented works, by any of the Foundation’s means of communication, always linked to the development of the competition.
Publicat de Salt & Pepper Magazine la 09:13

FIRST - To pass the public announcement of the 10th International Graphic Humour contest on new Technologies – Barakaldo Hermes Prize 2010, which is an official announcement regulated by the guidelines established in the regulations of the Barakaldo Cultural Competitions, published in the Official
Biscayan Bulletin on February 12th, 2010.
SECOND - The budgetary limit for the aforementioned is set at four thousand five hundred Euros (4.500 €) charged against the Budget allocation 00700 451802269902. In compliance with rules established under Article 7 of the regulation, prizes awarded will be as follows: First Prize – 1.500 €, Second Prize –1.000 €, Third Prize – 800 €, Fourth Prize – 700 € and Fifth Prize – 500 €.
THIRD - Legal regulations which the competition will adhere to are as follows:
1. OBJECT
Sketchers will send in a scene depicting graphic humour relating to new technologies which impacts on daily life (INTERNET, BIOLOGY, SPACE, TELECOMMUNICATIONS, MEDICINE, ETC...) and which allows the citizens to reflect on new spheres of scientific progress.
2. CONTESTANTS
Anyone who so desires may take part with no age restrictions. Each contestant may submit up to three pieces of work. Anyone who was a Hermes prizewinner at the previous year’s renewal will not be allowed to submit entries to this year’s official announcement.
3. CATEGORY AND FORMAT
Scenes and characters must be the personal creation of the author and unpublished. Work can be submitted either in black and white or in colour. Works must not exceed a single page, with a format not exceeding 800 x 600 pixels per inch, with a minimum resolution of 72 pixels per inch.
4. LANGUAGES
Works may be labelled in Spanish or Basque. It is permissible to enter humorous scenes without text written for those artists from different linguistic and geographical backgrounds.
5. PRESENTATION
Contestants must send an email containing their name, surname(s), address, date of birth, National I.D. Number or NIE number (Foreign Resident ID Number) and contact telephone no. This email is to be sent with the picture file attached in JPG format.
6. SUBMISSION PLACE AND DEADLINE
Works containing the author’s details should be sent before October 13th 2010, exclusively by email to: hermesbarakaldo@barakaldo.org
7. VIRTUAL EXHIBITION
Presentation of works will imply the granting of permission to the Local Council for the reproduction of images entered, for purely exhibition purposes only. Any such exhibition of the works does not mean that financial benefit will accrue to the authors of the illustrations.
8. PRIZES
The awarding of the Hermes de Barakaldo prize carries a financial reward amounting to 4500 Euros and is divided into five categories: First Prize: 1.500 €, Second Prize: 1.000 €, Third Prize: 800 €, Fourth Prize: 700 € and Fifth Prize: 500 €. After the winners are notified individually, and by email, of the resolution, the prize winners will have a maximum three months term to supply their details to the awarding organisation in order for the cash prize to be transferred to them.
Should the time period of three months since the first communication have already elapsed, without the relevant data having been supplied, it is understood that the prize winner will relinquish his/her right to the relevant prize and the corresponding illustration will likewise be withdrawn from any medium the local council has published it in.
9. JURY
Any of the prizes may be declared void if none of the works come up to the required minimum qualitative standards.
10. SELECTION CRITERIA
Prizes will be awarded according to the following criteria:
a - Quality and artistic relevance of the work: 50 points.
b - Adherence to the theme of the Competition and to the humorous language pertaining to it: 30 points.
c - Social and cultural impact of the cartoon in relation to the thematic aspect set out regarding new technologies and their implications for everyday life: 20 points.
11. FURTHER POINTS
Participation in the competition implies acceptance of the rules and regulations as already laid down in the current Decree.
FOURTH - Prizes will be awarded in accordance with the competition rules system, through comparisons of the works presented, and through the establishment of priority criteria amongst them, in conformity with the already outlined criteria, and the awarding of the corresponding financial amounts in compliance with the same with limits as stated in the official announcement, not exceeding the available credit.
FIFTH - In order to analyse and evaluate the works presented, a Qualifying Panel or Jury will be convened, composed by Mr. Carlos Fernández Martínez Delegate-Councillor of Culture, Education, Basque Language and Sport, who will assume the title of President of the said panel, and Mr. Alex Orbe, Mr. Prudencio Díaz Lopez de Armentia and Mr. Sergio Román, as people of renown prestige in the world of graphic humour and illustration, and Mr. Juan Manuel de Los Santos Aranaz, a Technician in the sphere of Culture, who will take part as Secretary.
SIXTH - The maximum allowable timescale for the resolution and notification of the prizes’ awarding procedure will be two months, starting from the closing date for the submission of entries.
SEVENTH - All interested parties will receive notification under terms outlined in Article 58 of the Law 30/1992, dated November 26th, of the Law Regulation of Public Administrations and Common Administrative Procedures.
EIGHTH - in case of any appeal against the decision, which exhausts the administrative procedures, an optional administrative reconsideration appeal may be lodged with the Council President to set aside the current resolution within a timeframe of one month starting from the day after the announcement of the results, alternatively an Administrative Reconsideration Appeal can be entered at the Court for Contentious Administrative Proceedings by virtue of the distribution of authority outlined in Articles 8 and 10 of the Law 29/1998, dated July 13th, which regulates the Contentious Administrative Jurisdiction within a timeframe of two months, also commencing, like the previous, on the day after receipt of official notification.
Publicat de Salt & Pepper Magazine la 06:47 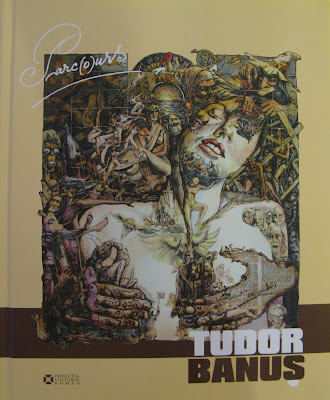 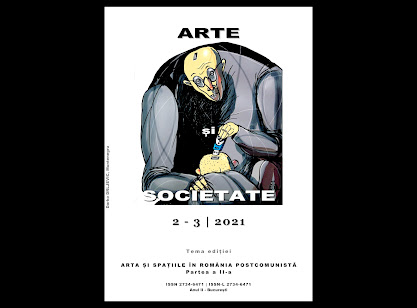